We say goodbye for now and are already looking forward to welcoming you again next year. The whole team would like to thank our fascinating guests, all our helpers and, of course, our entire audience, who, together with us, not only filled Regensburg’s old town cinemas for seven days, but also turned the cinema pub into a place for wonderful encounters – without you, we would not have been able to celebrate the art of film. Here’s to a new one in the year 2020!

Four guests, one love: the pub everyone knows.

Yesterday evening, Tuesday, the long awaited screening of Leif in Concert – Vol. 2 started at 10 pm in the Ostentorkino. After the screening, director Christian Klandt, producer Martin Lischke, and actors Monika Anna Wojtyllo and Florian Bartholomäi talked about the film together with the audience and our presenter Dominik.

In a relaxed round, the participants reflected, among other things, on the genesis and significance of the film for the crew, why leading actress Luise Heyer speaks seven languages and how commerce can influence cinematic creation.

Thank you very much for the exciting analysis of the construction of social moods through the overproduction of technical images in the context of the so-called “refugee crisis” and the great film!

We would also like to thank Michael Fleig from the International Short Film Week for moderating and curating the films!

Two films, two Regensburg film festivals: Today we showed Canción sin nombre and The Man Who Surprised Everyone at the cinema in the Andreasstadel. The films were each presented by our Regensburg festivals CinEScultura and QUEER-Streifen:

Canción sin nombre by director Melina León portrays the struggle of a young mother and a journalist for her child who is abducted immediately after birth. The drama, set in South American Peru, was presented by the Spanish film and culture festival cinEScultura.

Second film of the double pack was The Man Who Surprised Everyone by directors Natalya Merkulova and Aleksey Cupov. The drama about a father who stands up for himself in the face of death was presented by QUEER-Streifen.

We would like to thank CinEScultura and the QUEER-Streifen as well as all spectators for their visit! 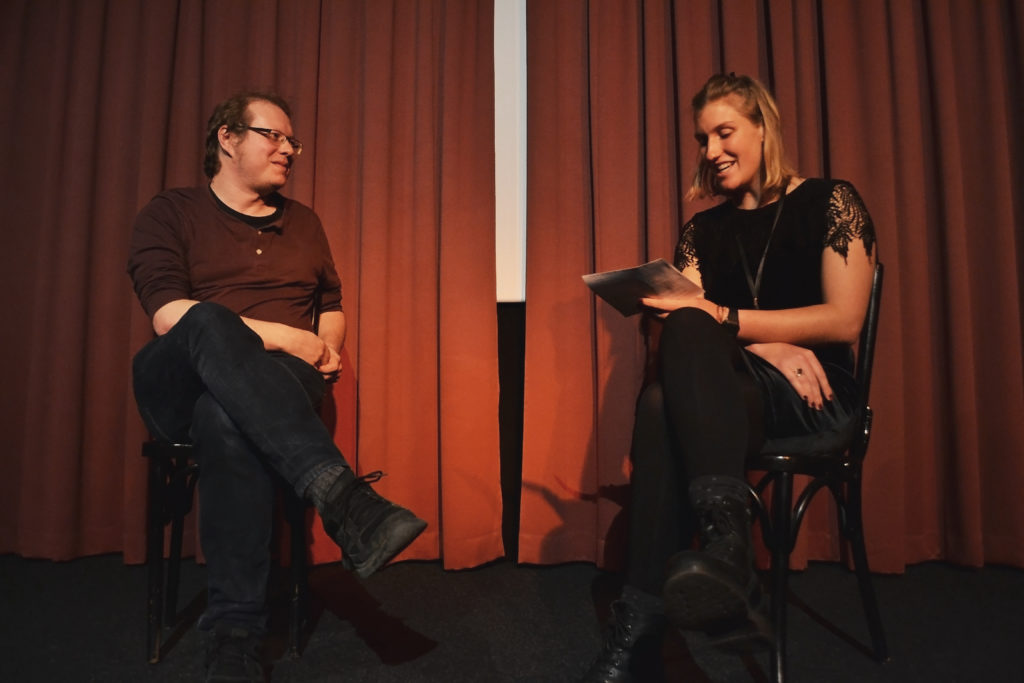 Systemsprenger – a film that really gets under your skin. Director Nora Fingscheidt has sensitively brought a subject of great socio-political relevance to the screen: nine-year-old Benni (Helena Zengel) is a child who has been severely traumatised since early childhood. A so-called “system blaster” that has since been passed from home to home, from foster family to foster family – until the next uncontrolled tantrum requires the next short-term stay in a psychiatric institution.

After the very emotional film presentation, the audience had the opportunity to discuss the film with producer Peter Hartwig together with our presenter Leonie Barta. With lively participation in the form of many questions from the film visitors, Peter Hartwig spoke in front of a packed Ostentor cinema in a revealing discussion about the sensitive topic, the importance of social professions and also their great responsibility. He showed particularly vividly that Benni is not the one who is breaking the system, but that the system cannot deal with it.

We would like to thank Peter Hartwig and our presenter Leonie!

What an inspiring Sunday afternoon at HEIMSPIEL IM TRANSIT! In the panel discussion MOVIES MATTER, moderator Lukas Liska spoke with speakers from the film industry and the Regensburg audience about the opportunities and limits of (queer) feminist agendas in dispositive film.
ProQuote Film board member Barbara Teufel, NIHRFF director Andrea Kuhn, director Susanne Heinrich and film critic Jan Künemund discussed, analysed and criticised male associations, problematic identity-political representation agendas, one-dimensional concepts of success and courageous, independent and unusual perspectives beyond the European mainstream.
We would like to thank the Federal Association “Demokratie leben!” for the prevention of misanthropy for its support and the speakers, the moderator and the interested audience for the knowledgeable, sympathetic and differentiated discussion! 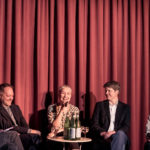 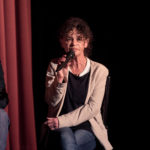 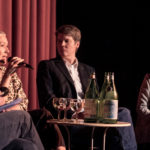 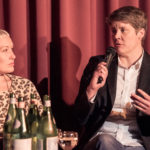 It’s halftime! The fourth day of HEIMSPIEL IM TRANSIT Festival is drawing to a close and a lot has happened since the exhilarating opening night. Exciting conversations with our guests, rousing screenings, informative discussions and our parties in the cinema pub created a festival atmosphere. After the successful start we are all the more motivated to make the second half of the festival week a great time!

“Film festivals have taken on a completely new meaning in today’s world – it is precisely because of this that people go to the cinema again and perceive films more consciously,” said director Jan Bonny in a conversation with the audience after the film Wir wären andere Menschen.

Together with the actresses Aenne Schwarz and Silke Bodenbender he was a guest at HEIMSPIEL IM TRANSIT yesterday. After the screening of Wir wären andere Menschen im Andreasstadel they answered the questions of the audience. Afterwards Jupp, watt hamwer jemaht? ran in the Wintergarten, where there was also a Q&A with Bonny!

With presenter Marius Gardeia, the three film guests talked about negligible restrictions in filmmaking for public television, mutual freedoms in the cooperation with Jan Bonny, the importance of the choice of location for the creation of cinematic history and the boredom of not drinking.

We thank Jan Bonny, Aenne Schwarz and Silke Bodenbender for the natural and pleasant guest performance!